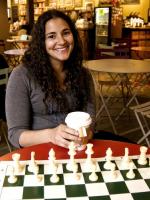 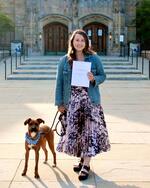 Emily Richards
Emily is interesed in canine social cognition and individual factors that may give rise to more complex social cognitive skills in canines and non-human primates. Prior to working as the center’s Lab Manager, she graduated from Yale University with a B.S. in Cognitive Science and a Certificate in Data Sciene in 2021. 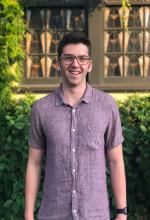 Zach Silver
Zachary Silver is interested in how nonhuman animals learn from and about human agents. His research explores how dogs and other canid species use observed behavior to socially evaluate humans along several dimensions invluding morality, competence, and social rank. Zachary is also interested in the effects of formal training on sociocognitive development. Prior to beginning his work at Yale, Zachary graduated from Illinois Wesleyan University with a B.A in Psychology and Music in 2018. 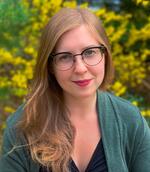 Amanda Royka
Amanda studies how humans and non-human primates infer and reason about the goals of other agents. Her work with humans focuses on how we infer communicative goals and create novel communicative signals based on recursive mental state inferences. Amanda also studies what representations underpin action prediction in non-human primates. Amanda graduated from Yale College with a B.S. in Cognitive Science in 2018, and received her Masters in Evolutionary Biology from Queen Mary University of London and her masters in Linguistics from the University of Edinburgh. 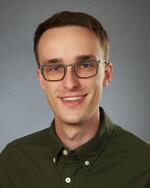 Daniel Horschler
Daniel’s research interests broadly center on cognitive evolution, with a particular emphasis on social-cognitive abilities such as theory of mind, shared intentionality, and cooperative communications. He investigates these topics by integrating non-invasive cognitive, behavioral, and biological research in humans, dogs, wolves, and free-ranging non-human primates. Prior to joining the Department of Psychology at Yale, Daniel graduated from the University of North Carolina at Chapel Hill in 2016 with a B.S. in Psychology, and received an M.A. (2018) and Ph.D. (2021) in Anthropology from the University of Arizona.